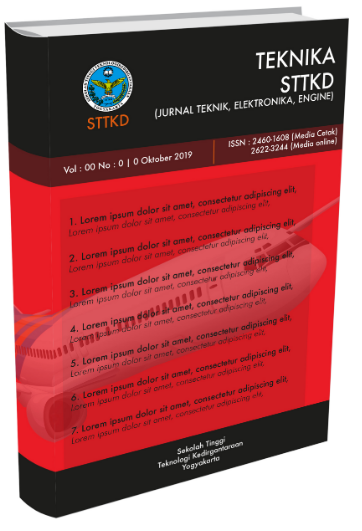 Aircraft is a type of air transportation that uses 4 forces to operate. The forces referred to are the forces of lift, drag, thrust and weight, these four forces are interrelated in making the airplane fly. If one of the forces is disturbed, the aircraft cannot operate optimally. One of the causes of disruption of the force is the flow of air through the wings caused by the icing. In this study, the aim of this research is to determine the velocity distribution of the exhaust gas flow in the tubular so that the characteristics of the type of flow that flow can be seen, observing the temperature distribution of the exhaust gas in the tubular so that the tubular's ability to release heat can be seen, knowing the pressure distribution in the tubular so that you can see part of tubular which is subjected to the highest and lowest pressures. In this study, an analysis of  tubular-shaped heater anti-icing was carried out, which will be used to remove icing on the leading edge of the wing. The method used in this study is to use the computational fluid dynamics method, the use of computational methods is carried out to further analyze the distribution of exhaust gas flow through the heater for more detail. Based on the research, it can be concluded that in the distribution of velocity in the tubular, tubular geometry is able to create turbulent flow along the curve. The temperature distribution in the tubular shows that the high temperature near the inlet will maximize heat transfer, but at the outlet that has a low temperature it causes the heat transfer to be less than optimal. The pressure distribution in the tubular indicates that a 90 ° indentation at the inlet results in a large pressure drop.